10 Recycling Facts That You Need to Know 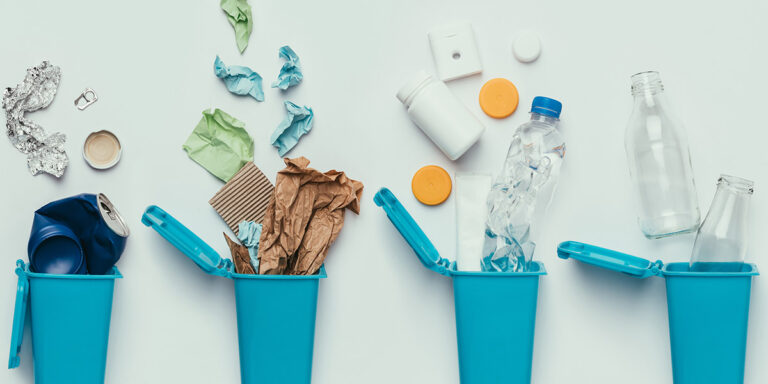 What recycling facts do you know?

You might be surprised by the exciting things you can learn about recycling if you take the time to learn about it. For example, did you know that recycling has been around for thousands of years?

Well, there’s a lot to learn about recycling, and you’ve reached the right place. We’ve rounded up ten of the most exciting recycling facts you should know. These facts will help you better understand why recycling is so important and its role in a healthy environment.

1. In an average year, North Americans throw out enough trash that can circle the earth 24 times.

Did you know that millions of people around North America do not correctly recycle their trash? Millions upon millions of recyclable items are thrown in the trash every day. It is estimated that Americans alone throw out almost 100 million steel and tin cans every day.

17 trees are saved every year by recycling one ton of paper.

Are you aware of the vital role that trees play in the earth’s health? One single tree can filter up to 60 pounds of pollutants found in the air every year.

By recycling, you can save trees and, in turn, help significantly reduce pollutants in the air.

2. By recycling aluminum cans, you can save 95% of the energy that is used to make new ones.

By recycling just one single aluminum can, you can save enough energy that can power a 100-watt light bulb for a total of 20 hours.

Due to modern advanced technology, today’s recycling facilities can process over 3500 pounds of aluminum per hour. This aluminum can then be reused in other types of products.

3. Over 5 billion styrofoam cups are thrown into the trash every year.

Can you guess how long it takes styrofoam to decompose in a landfill?

4. Millions of plastic straws are thrown away every single day.

Plastic straws tend to contaminate recycling waste streams. Even though plastic straws are made from recyclable plastic, most recycling machines can’t recycle them because they’re too small and light, so they are often disposed of as garbage through the recycling process.

Plastic straws cannot be recycled because of the chemicals they are made of. Because of this, they cannot be broken down and end up in waterways, causing large amounts of unnecessary plastic pollution.

6. Every year, over 10 million tons of glass jars and bottles are thrown into landfills.

Glass is 100% recyclable, but many people throw it in the trash because they do not have available curbside recycling for glass. This is why it is recommended to use glass containers.

The energy that is saved from recycling glass can reduce air pollution by 20%. It can also cause 50% less water pollution. In addition to this, modern glass bottles take over 4000 years to decompose.

7. There are more plastic pieces in the ocean than there are stars in the entire galaxy.

Did you know that there are 51 trillion microplastic particles found in the sea?

Plastic does not biodegrade when it reaches the ocean, while other materials like paper do. Plastic only breaks down into even smaller pieces of plastic. These small pieces of plastic are called microplastics.

Not only do these microplastics make their way into the ocean, but they also get into our bodies through our food and groundwater.

8. Every ear, 1 trillion plastic bags are used around the world.

Despite the fact that plastic bags can be recycled in separate waste streams, most people throw them into the trash. These plastic bags meanwhile sit in landfills around the world.

This is why it is becoming more and more important to use reusable bags or reuse plastic bags and recycle them when they are no longer usable. This will significantly reduce the amount of plastic bags that sit in landfills.

9. 46 gallons of oil are saved by recycling one ton of cardboard.

Online shopping has increased tremendously, particularly since the start of the pandemic. Every single day, millions of products are being delivered in cardboard boxes.

Most of these cans end up in landfills. Every month, Americans throw away enough aluminum to rebuild the commercial air fleet. When an aluminum beverage can is recycled, it can return to grocery store shelves as new cans just 90 days after collection.

Which recycling facts surprised you the most?

Recycling is crucial for the health of our planet and our future generations. It is easy to recycle – and it all begins at home. By changing the way we think and act about recycling, we can significantly improve the earth’s health, keep the environment clean, save energy, and reduce the amount of waste we produce. Recycle today! Remember – it matters.

No comments to show.